Two substantial details stand out, one from the cutting edge and one from a very traditional corner of the establishment: Hangout artists from the 2015 and 2016 lineups are all over the year-end report released by streaming service Spotify. And in the recently announced Grammy nominations, Hangout acts in the 2016 lineup claimed nearly 30 nods.

Needless to say, the festival’s director, Sean O’Connell, is pleased with the showing by past and future Hangout artists. But he insisted there’s no single factor that makes for a standout year – not his personal taste, not the Hangout’s relatively new partnership with industry heavyweight Goldenvoice. (The relationship with Goldenvoice, which owns the industry-leading Coachella fest and has a stake in several other major festivals, was announced last January, at about the same time the 2015 lineup came out.) 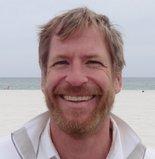 “There’s a lot of factors when you book a festival. We were able to line up a great lineup and get it out early,” he said, referring to the 2016 roster unveiled in mid-November, nearly two months ahead of last year’s schedule. “The whole process … is very collaborative,” he said. “I can tell you we’re really enjoying working with our partners, that’s for sure.”

First, a look back. When streaming service Spotify released its year in music report for 2015, some of the year’s Hangout artists stood out – and they weren’t the headliners. Electronic dance music act Major Lazer had the year’s most-streamed track in “Lean On,” which racked up 540 million listens through Spotify alone. Elle King, who was down near the bottom of the poster, had ended up with one of Spotify’s Top 5 U.S. viral singles in “Ex’s & Oh’s.”

Spotify is hardly the whole story. O’Connell points with some pride to three other 2015 undercard acts that went on to major success: Singer-songwriter Halsey, who’d played an early-afternoon set on the Hangout Fest’s small BMI Stage, then sold out Madison Square Garden in August. EDM duo Odesza has continued to build on the success of its 2014 album “The Return,” which recently claimed its third nonconsecutive week atop Billboard’s Dance/Electronic Albums chart, in its 63rd week on said chart. And Cold War Kids went on to top Billboard’s rock airplay, modern rock and alternative song charts with “First.”

O’Connell declined to take any credit for predicting such acts’ impeding popular success. For one thing, he said, there’s a lot of luck involved in the booking process and in bands’ fortunes. Some bookings, like Major Lazer, are personal. “To be really transparent, that’s just a show that I wanted on the festival for a long time,” he said. “Hands down. That was a thing that we chased after, and we knew the timing was going to be good, and they put out a great record.”

In general, he said that he and his partners naturally are keen on landing acts that look like they’re going places.

“We’ve put a lot of thought into booking bands we’re passionate about, bands we believe have traction,” he said. “That’s the history of the festival, every single year.”

Early signs indicate that the approach is working well for 2016. For one thing, several Hangout artists are prominent in those Spotify rankings. For another, when nominations for the 58th annual Grammys were unveiled on Dec. 7, 2016 Hangout artists accounted for a noteworthy 27 nominations.

A few heavyweights figure prominently and right now The Weeknd is the heaviest of them: On Spotify, he was the No. 3 artist globally and second in the United States, had the most-streamed album in the world with “Beauty Behind the Madness,” had one of the top domestic tracks with “The Hills” and one of the top global viral tracks with “Can’t Feel My Face.” Over at the Academy, he racked up seven nominations including album of the year, record of the year, best pop solo performance and best R&B performance (for “Earned It.”)

The Alabama Shakes have six Grammy nominations and Florence + The Machine have five; They’re both nominated in the best rock performance and best rock song categories – Florence for “What Kind of Man” and the Shakes for “Don’t Wanna Fight.”

Ellie Goulding and Jason Isbell, both of whom have appeared at the festival before, have two and three nominations, respectively. (Goulding and The Weekend are head-to-head in two categories, best pop solo performance and, thanks to the “Fifty Shades of Grey” soundtrack, best song written for visual media.)

But the heavyweights and established acts aren’t the whole story. And they might not even be the most interesting part of it. The festival will give fans a chance to see what rapper Fetty Wap, a double Grammy nominee, brings to a live show. It’ll also give them a chance to hear Leon Bridges, the young Texan whose debut album “Coming Home,” just out in June, is up for best R&B album; and Australian singer-songwriter Courtney Barnett, a nominee for best new artist.

(After the nominations, a Billboard.com writer pronounced that Barnett’s nomination, and the Alabama Shakes’ entry in album of the year, were “unexpected,” which seems like a snub. But the writer went on to opine that with the nominations, ‘the Grammys not only applauded innovative contemporary rock music, but did so in an arena where Barnett and especially Alabama Shakes stand a fighting chance to win.”)

O’Connell’s endorsement of Bridges and Barnett was unequivocal: “Those two artists, you don’t’ want to miss,” he said. “You don’t. They’re just fantastic.”

Spotify also offers a tip or two. Goulding’s “Love Me Like You Do” was a Top 5 global streaming track. And “Here,” from Canadian singer-songwriter Alessia Cara, was Spotify’s top viral track in the United States and No. 5 globally.

“This is a festival that’s very ‘now,'” he said. “Leon Bridges was just on ‘Saturday Night Live,’ Grimes is hitting everybody’s Top 10 list of albums for the year, The Chainsmokers, who have a huge audience and now have a huge hit … That part’s really exciting. So many of these bands, their audiences are growing nationally every day. That’s exciting, when you get someone that’s on your stage and they’re on that track.”

Being “now” is far from an exact science. After all, the fest is still five months away and “now” might be something substantially different by then. It’s plenty of time for artists to break out or to flame out. But for the moment, festival organizers are in the catbird seat: They’ve got what O’Connell said will be The Weeknd’s only U.S. festival appearance in 2016, and they rolled out a complete lineup roughly two months earlier than they did last year.

That means they’re one of the first big spring festivals to announce their slate, rather than one of the last. (Coachella, Bonnaroo and Jazz Fest, among others, are still under wraps.) It means tickets are available during the Christmas season. It means patrons can get the full benefit of an installment payment plan.

But O’Connell reiterated that the Hangout Fest isn’t in that position because of one factor, be it the partnership with Goldenvoice or anything else. A lot of things had to break the right way to get this result, he said.

“The idea that there’s a genie in the bottle on this one, it’s just not there,” he said.

Having the lineup settled early means fans have more time to make their plans, and organizers have more time to focus on new features that will help maintain the Hangout Fest’s distinctive character. It’s a good position to be in.

The seventh annual Hangout Music Fest takes place May 20-22 in Gulf Shores. Tickets are available through www.hangoutmusicfest.com. General admission prices are $249 all fees included. VIP passes are $1,099 and Super VIP passes are $1,599.